“The Forbidden Journey”, a book by the German author Peter Wensierski, which takes up the real history of the former GDR citizen Jens Kiessling, was translated into Mongolian through the efforts of the association’s board member Dulamjav Erdenechuluun in cooperation with the German Embassy Ulan Bator on the occasion of the 30th anniversary of the “fall of the Wall”. The book is about Jens Kießling’s flight across the East German border of the GDR through the former Eastern Bloc countries via Russia, Mongolia, China and many other countries to West Germany. Now it is also available in Mongolian trade for example on monsudar.mn or internom.mn for 19.900 MNT (approx. 6.60 €, 7,79 USD).

In the years 2014 and 2015 several exhibitions were realized in Germany, which showed the photos of Jens Kießling’s arduous journey at that time. The World Garden Mongolia is pursuing the idea of organizing a new exhibition in the near future, which compares photos from back then with today’s and wants to show connections to environmental, nature and climate protection. Also in planning is the approach to have a reportage or documentary film produced from the book “The Forbidden Journey”. 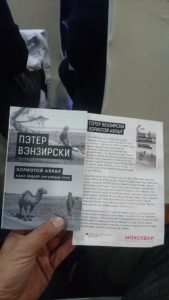 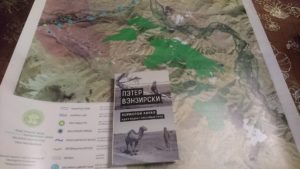 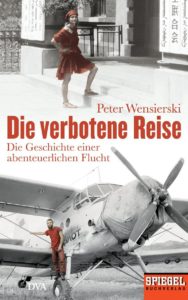