As the association’s board member Dulamjav Erdenechuluun is generally committed to the forest, he has dedicated himself in 2019 to the project of translating the German nature documentary “The Green Wonder – Our Forest” into Mongolian.

The German feature film “the green wonder – our forest” was originally produced by filmmaker Jan Haft and his own production company nautilusfilm GmbH for the media companies polyband Doclights GmbH, NDR Fernsehen, Arte and ORF Universum. Thanks to the great commitment of the association’s chairman Dulamjav Erdenechuluun (World Garden Mongolia), the film was translated into Mongolian and shown in Mongolia. The German Embassy Ulan Bator has financed the translation of the film, which was and is being shown in cinemas and schools (for example in the context of joint events by the Goethe-Institut Mongolia and the German Embassy).

Dulamjav Erdenechuluun (World Garden Mongolia) also organized the voice recording of the German original spoken by Benno Fürmann with the well-known Mongolian speaker Tserendavaa. The film can be seen in Mongolia on request in selected cinemas or through World Garden Mongolia events that have been booked (please contact us in advance). In Germany, the film can be obtained as a stream or DVD, for example via Amazon. 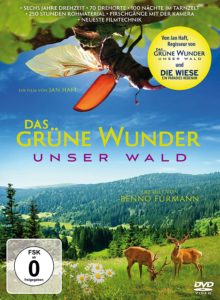